The Benefits of Seaside Living in Turkey 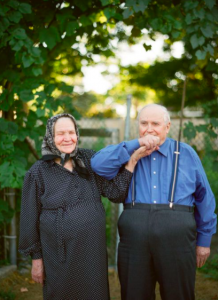 There are times in life when what you considered as ‘bad luck’ turns out to be
just the opposite. In the past, Turkish culture put men in a higher position than
women, so the seaside land were given to the females as it was seen as
worthless while the inland lots were men’s because they could do farming on it
and earn agriculture money. Women owned seafront lands that sat there
without being cultivated for decades. But with the air travel became popular,
tourism started to gain importance and those worthless seafront lands were
attached significance and considered as valuable. This is an ironic twist,
shaping the rich in the society, and also building up the concept of seafront
resorts that give the opportunity to get away from the hustle and bustle of the
city.
Nowadays, seafront living in Turkey gained even more popularity than before.
People living in the inner cities of Anatolia own summer houses in the coasts of
Aegean and Mediterranean Seas. This is also valid for foreigners who
purchase houses in Turkey and plan to spend their retirement days under the
brilliant Turkish sun. Fethiye is attracting the Brtish and Antalya is the hotspot
for the Russian and European. Middle Easterners choose seaside cities like
Trabzon or Yalova where the dominant culture is similar to theirs.
Given the fact that seaside living is great for health, this is completely
understandable.

The benefits of seaside living includes:

1) Activities like swimming or taking a walk in the beach particularly in
summer supports physical health.
2) Hanging out near sea is a great therapy method, relaxing the minds and
bodies of the people. Wave sounds work as a sound therapy while the
fresh air supports the wellbeing.
3) Air near the sea makes people sleep well and wake up feeling energized
and active, fully recharged after a good night’s sleep.
4) Sun heat and sunshine help us to release endorphins and eventually
reduce the stress levels.
5) Seafood is an essential dish of the diet, which contains high levels of
omega three oil, minerals, vitamins, and so on. Doctors suggest
consuming fish two times every week.